Skip navigation
Back to: News

100 Lumenators joined us for our Trial Event in Dinas Dinlle, Caernarfon

Testing out our new Geolights in Gwynedd with our first Lumenators.

The coastal location of Dinas Dinlle set the scene for a perfect trial, which showed off the setting’s views and encapsulated the ideals behind the project.

The Lumenators were guided through a sequence of rehearsed movements by the Green Space Dark Skies Movement Director Ruth Jones and Finale Director Mark Murphy on top of the ancient hillfort. At the same time Creative Advisor Pete Moser led a band of musicians playing specially created music along the seafront.

As the Lumenators moved round the hillfort they each wore an In-Ear Monitor which, as well as providing instructions to create patterns of light, also included a beautiful soundscape created by Pete Moser and the GSDS Collective, have a listen here. 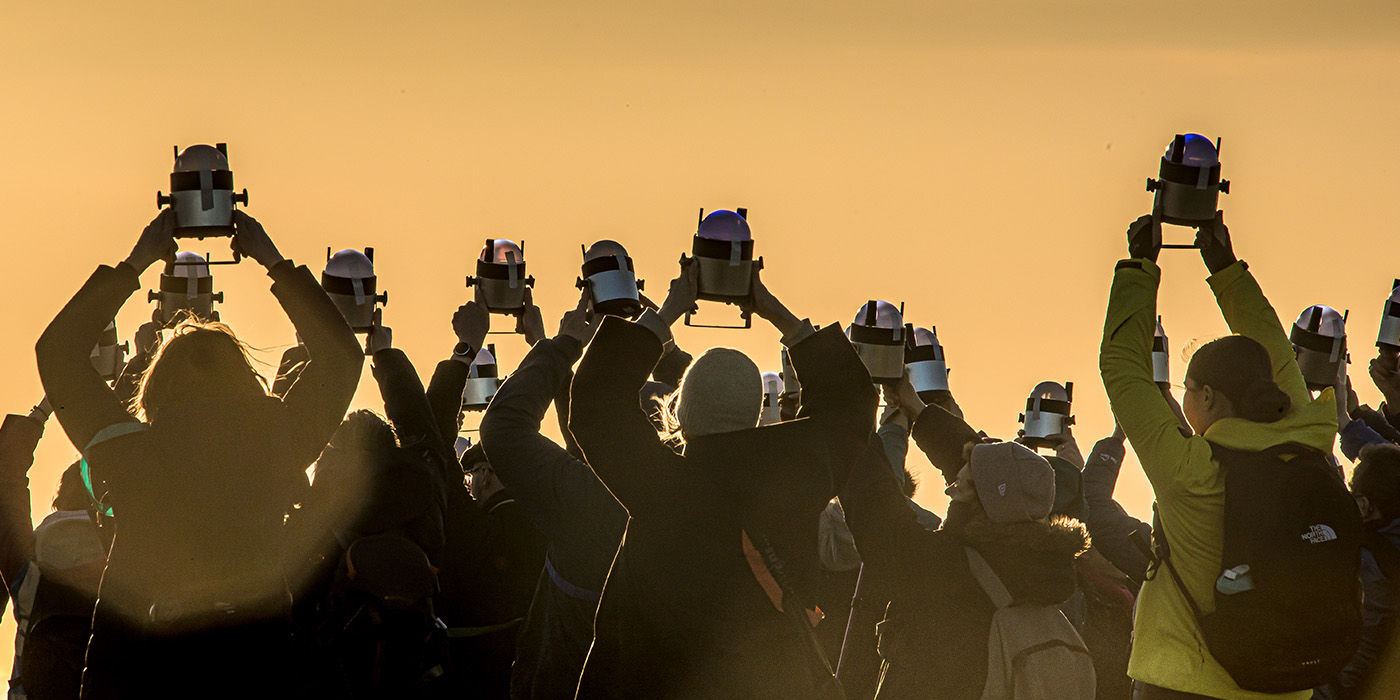 The event was captured from above by a drone camera allowing a fascinating bird’s eye view of the Lumenators. Along with hand-held camera footage, our film crew CC-Lab created a short film providing a teaser of what to expect from future events, which has been shared with the Lumenators and is available for anyone to watch here.

Had a wonderful experience. The location, weather and sunset were amazing. Everyone was welcoming and friendly and found the evening event relaxing and fun.